One of the great joys of travelling to different locations is to try and establish obscure links between things that you see on location and what you already know.  So what connects the semantics of forged art with spies and Vienna? To establish the relationship you have to go Europe’s only art gallery devoted to fake art. The Faelschermusuem (http://www.faelschermuseum.coM), or museum of fake arts is a stones throw from Hundertwasserhaus (more on that another time). The gallery in the basement has paintings from world famous forgers such as  Han van Meegeren, Tom Keating and Eric Hebborn. 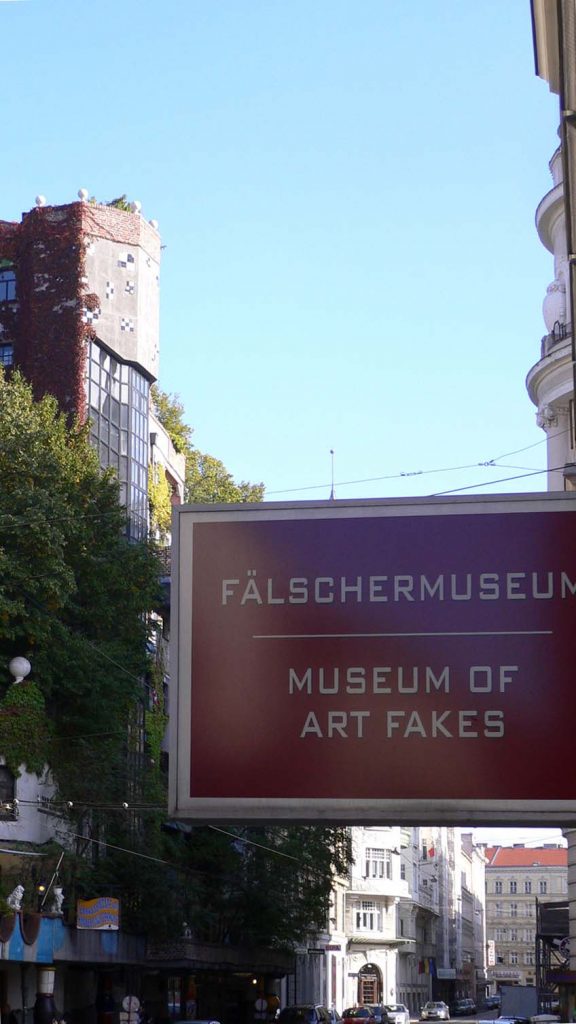 The semantics of fake art are interesting and there are some precise definitions of what is meant.

An art student practising still life painting may copy a work from an old master. The resulting artefact is therefore a copy of an existing work without pretending to be an original of the artist. It will be deemed a Copy if it is sold but only if the artist has been dead at least 70 years.

If the art student produces the artwork in the style of an artist and passes it off as an original from that artist with appropriate references or citations then the artwork is a Forgery.

A more specialised form of Forgery is Identical Forgery, such an artwork is an exact replica and is most often seen in lithographs and etchings. 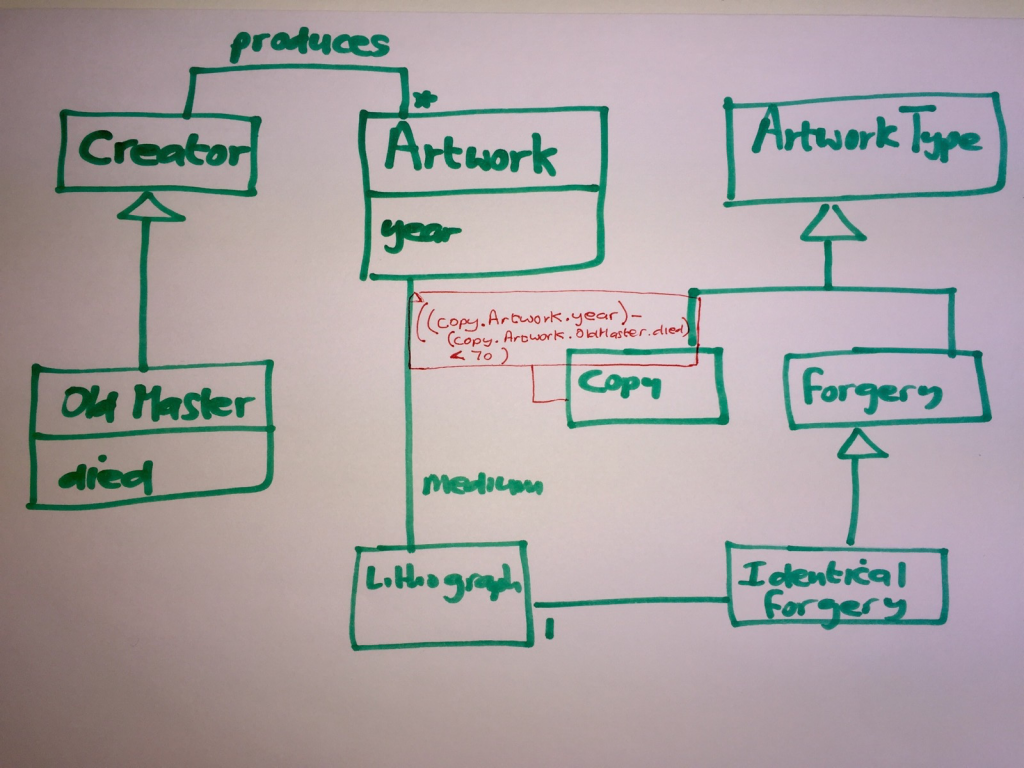 The number of fake art works on display is not huge, but each type of fake art is represented. For example, there is a Copy made of Klimt’s “The Kiss” that is clearly not by the artist. The vibrancy of the colours is missing and the impact of the painting is just not felt by the viewer.

Several forged works by Eric Hebborn are also presented. Some his forged works are listed here: http://www.intenttodeceive.org/gallery/ . Hebborn is interesting because he trained at the Royal College of Art but felt that his outputs were not appreciated. It is ironic that his forgeries  are now collectors items. Hebborn also blurred the ethical lines. His view was that so called art dealers / experts should be able to detect a forgery and so felt no compunction in selling his artwork to dealers as originals.

Hebborn is interesting for a second reason in that he provides the vital link to spying! It is believed that  the soviet spy, one of the so-called Cambridge Four, Anthony Blunt in 1960, who told Hebborn that a couple of his drawings looked like Poussins.

Vienna, the location of the Fake Art Museum, is of course one of the major capitals of spy networks and the back drop to numerous spy novels. Hence it forms the second link. There is a museum devoted to the Third Man (http://www.3mpc.net/). It is estimated there are around 7000 spies currently operating in Vienna (https://www.telegraph.co.uk/news/worldnews/europe/austria/11003898/Vienna-named-as-global-spying-hub-in-new-book.html).

John Le Carre’s “A Perfect Spy” includes several chapters that provide detailed descriptions of Vienna street scenes. That novel, is seen as the most autobiographical of Le Carre’s novels but not one of my favourites. It is relevant that the chief protagonist Magnus Pym “betrays” his country in a belief for a common good. Blunt too, argued that point.

Vienna was also the backdrop of the one of the most recent “straight out of fiction” events when in 2010, the runway at Vienna International Airport hosted a spy swap (https://www.theguardian.com/world/2010/jul/09/spy-swap-john-le-carre). One of those spies exchanged was Sergei Skripal who is currently in hospital following an attempted assassination  in deepest Winchester, England (https://www.theguardian.com/world/2018/mar/05/salisbury-incident-critically-ill-man-is-former-russian-spy-sergei-skripal).

As a final aside, Tom Keating, another featured forger in the gallery is also British but his forgeries have a further twist (like all good spy novels). Using his knowledge of chemistry, Keating used a glycerin base which causes the oils to run when it comes into contact with the cleansing liquids used to restore old masters. The poor art collector thinking they have bought an old master ends up with an unsightly canvas. A depressing, soul destroying end where the only winner is a cynic. In fact, just like a John Le Carre novel.

Professor and Deputy Dean in the Faculty of Science at Technology at Middlesex University, London, UK